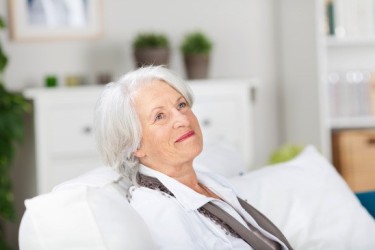 Neighbours knew one another?

In many cases, today’s city dwellers don’t know the names of their neighbours. They may exchange a smile or a quick hello if they happen to be coming or going at the same time, but that’s about it.

Of course, some people are reserved and would rather keep to themselves, and that’s fine, but maybe—just maybe—they are waiting for one of their “neighbours” to extend a hand in friendship. Will you be that neighbour?

One went out of his or her way to help those in need?

It’s not that everyone extended a helping hand in days gone by—or that no-one does so today, but it isn’t as common for many reasons.

If you’re able, why not be on the lookout for those in need? Something simple—retrieving a book that has fallen to the floor, getting the attention of a staff member for a fellow resident in distress, even offering a smile—can make the world of difference and brighten someone’s day.

One struck up a conversation with passersby?

It seems that the admonition “don’t talk to strangers” is no longer just for children. It appears that we’re reluctant to strike up a conversation or even “shoot the breeze” with those around us. But what’s the harm in saying hello to those who walk past.

You never know. They may stop to chat for a few minutes—or more. We may even find ourselves developing new friendships. And we’re never too old for that.

The evenings were spent playing games and chatting?

While there’s nothing wrong with retiring early or watching a television show or two, why not consider inviting a friend or two to the games room to play a friendly game of cards, checkers, or chess? It’s a great way to pass the evening and get to know some of the other residents. Plus, if the conversation lags, that’s fine. You can simply focus on the game. (Plus, playing games is a great way to help your mind stay sharp. Bonus!)

One looked forward to daily visits from the letter carrier (once called a mailman)?
With the advent of email and Facebook, it seems the art of letter writing has been retired to the history books. And if anyone gets something in the mailbox, it’s likely a flyer for the local eating establishment or some such thing.

We can take up pen and paper and send notes to family members and friends. Just think how much they’ll enjoy getting something rather than an advertisement in their mailbox. And if handwriting has become a chore, you can always keep a box of greeting cards on hand, write a line or two, and pop it in the mail. You might be surprised at how much it will mean to the recipient.

A ringing telephone meant a family member or friend wanted to chat?

While we’re not likely going to see a resurgence of lengthy telephone calls, we may want to make a point of chatting with
family and friends who aren’t able to come and visit.

Telephone calls. Skype calls. Emails. Why, even text messages. Do your best to keep in touch. And as the old saying goes, “If you can’t beat ‘em, join ‘em.”

Each one of you likely has many I-remember-when stories.

Why not see how these memories can inspire you to create similar memories for family and friends?

And then you will be able to smile and rejoice when you “remember when.”